To feel invincible, to be a part of something, to smile and create smiles, to sing at the top of your lungs, to ache in beautiful ways, to forget, to live. 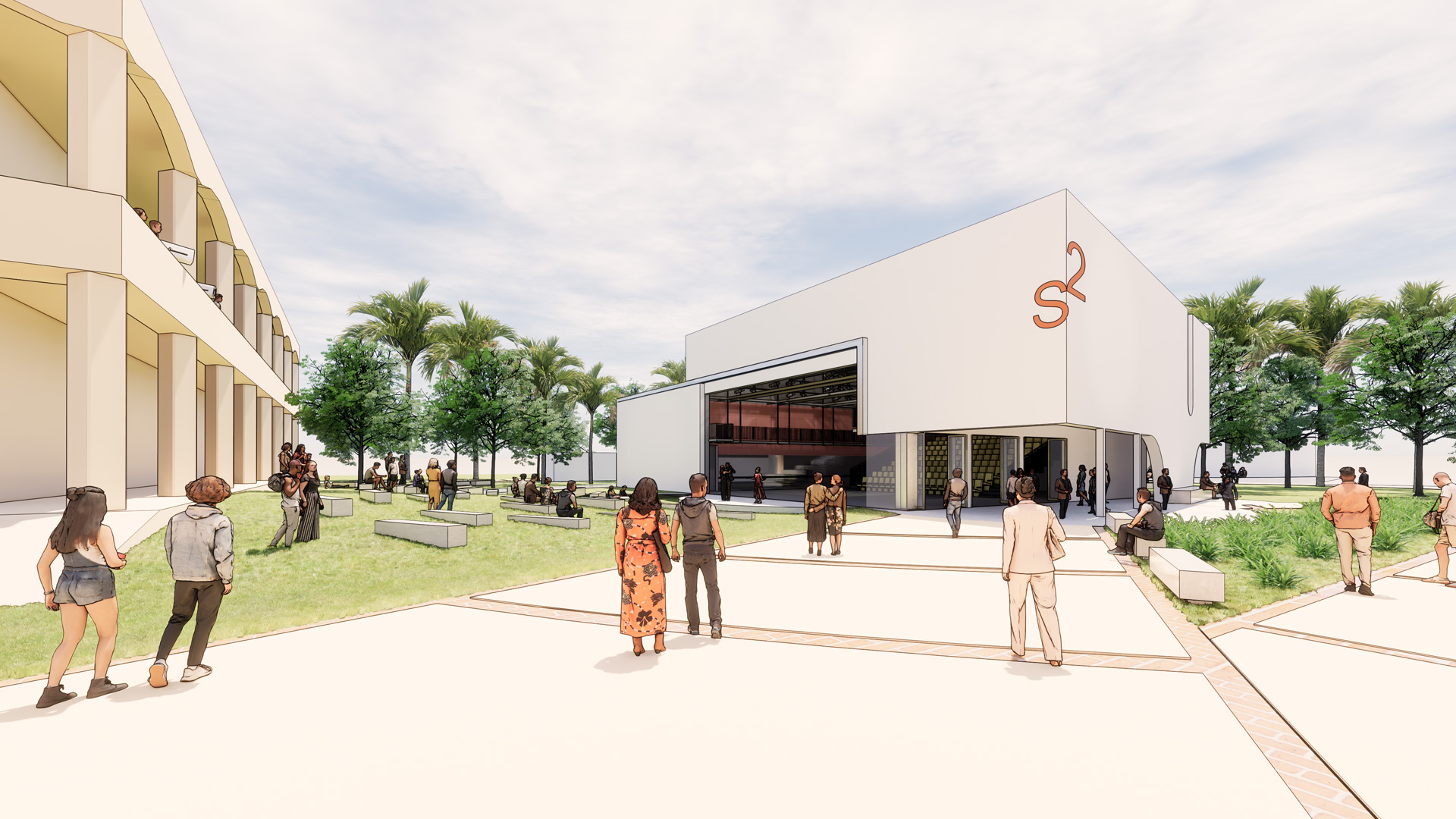 Conceived in 2019 as a plan to renovate the SDSU Mainstage theater in compliance with the Americans with Disabilities Act, the SDSU Performing Arts District has grown into an entire reimagining of performing arts facilities at SDSU.

More than $37 million from the State of California is funding improvements to the Mainstage that will make it accessible for all populations. A Conrad Prebys Foundation gift funded a new second stage theater, The Prebys Stage, for student productions. The new Prebys Stage will include the latest lighting and sound technology.

These contributions, as well as private philanthropic support through the On To A New Stage fundraising campaign, will secure the creative hub of SDSU’s performing arts.

According to Niyi Coker, Director of the School of Theatre, Television, and Film, the Performing Arts District will make SDSU highly competitive in attracting new performing arts students and preparing them to be industry-ready.

Construction on the SDSU Performing Arts District is due to be completed early in 2023.

We Saved You a Seat in the Spotlight!

SDSU performing arts invites you to take part in an exciting opportunity to support its new Performing Arts District in a meaningful way by participating in the Take A Seat campaign. Your sponsorship will support performances, students, faculty, and the greatest needs of the SDSU performing arts program.